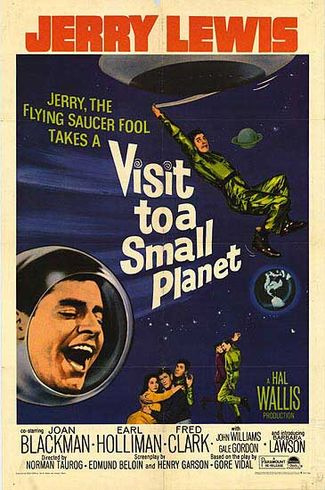 Visit to a Small Planet first debuted as an original television production by Gore Vidal, then was reworked by Vidal as a Broadway play starring Cyril Ritchard and Eddie Mayehoff.

The film was released on February 4, 1960. It was re-released in 1966 on a double bill with another Jerry Lewis film, The Bellboy.