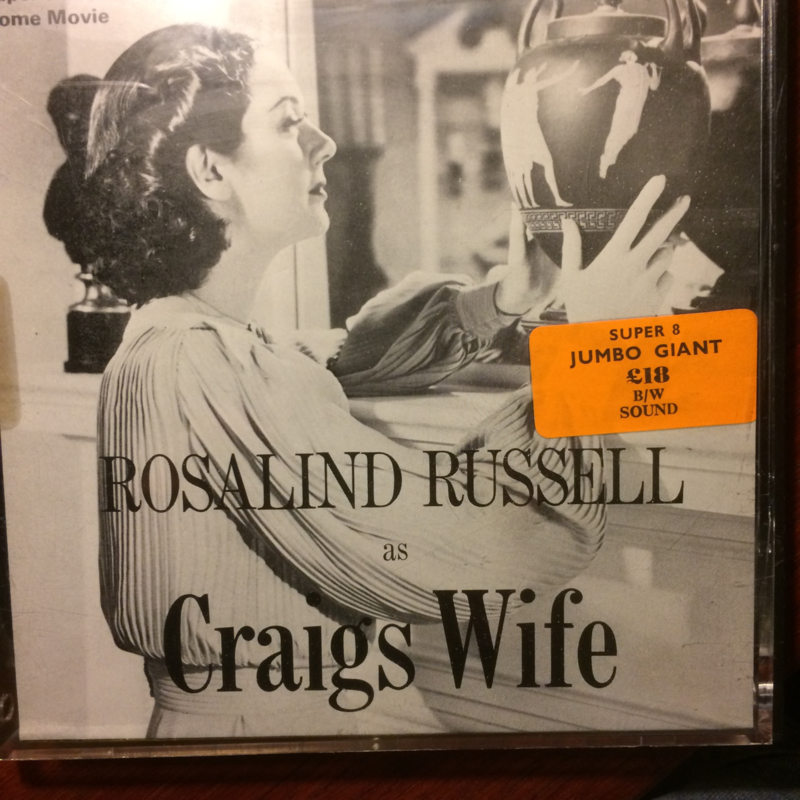 Craig's Wife is a 1936 drama film starring Rosalind Russell as a domineering wife.[1] It was based on the Pulitzer Prize-winning Broadway play of the same name by George Kelly (the uncle of Grace Kelly),[2] and directed by Dorothy Arzner. Former MGM star William Haines was the film's production designer. Previously filmed in 1928, Craig's Wife was remade in 1950 as Harriet Craig, rewritten (and updated) as a vehicle for Joan Crawford and co-starring Wendell Corey.

The plot centers on twenty-four hours in the life of Harriet Craig (Rosalind Russell), and the home life she has created for herself and her husband. Harriet values material things more than her husband and goes to great lengths to protect her life as she has created it, regardless of what the outcomes are to those around her. The story's message is stated by the Craig's housekeeper, Mrs. Harold (Jane Darwell), who says, "Those who live to themselves, are left to themselves," as one by one, all her disgusted family and servants abandon her, leaving her entirely on her own.[3]