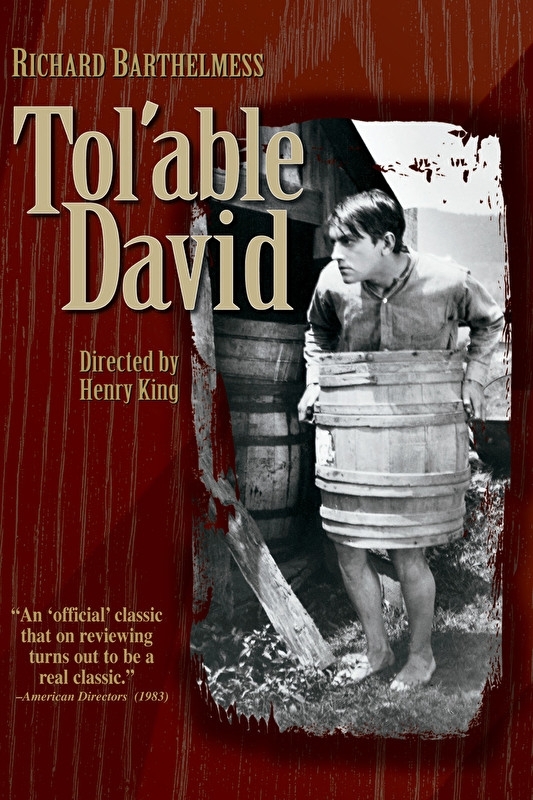 Young David Kinemon, son of West Virginia tenant farmers, longs to be treated like a man by his family and neighbors, especially Esther Hatburn, the pretty girl who lives with her grandfather on a nearby farm. However, he is continually reminded that he is still a boy, "tol'able" enough, but no man.

He eventually gets a chance to prove himself when outlaw Iscah Hatburn and his sons Luke and "Little Buzzard," distant cousins of the Kinemon's Hatburn neighbors, move into the Hatburn farm, against the will of Esther and her grandfather. Esther initially tells David not to interfere, saying he's no match for her cousins. Later, the cousins kill David's pet dog and cripple his older brother while the latter is delivering mail and taking passengers to town in his "hack" wagon. David's father sets out to administer vigilante justice on the Hatburn cousins (the sheriff doesn't have the means to deal with the outlaws himself), but has a heart attack. David is determined to go after the Hatburns in his father's place, but his mother talks him out of it, arguing that with his father dead and brother crippled, the household, including his brother's wife and infant son, depends on him. The family is then turned out of the farm and are forced to move into a small house in town. David asks for his brother's old job of driving the hack but is told he is too young. He does find work at the general store though. Later, when the hack's regular driver is fired for drunkenness, David finally has a chance to drive the hack. He loses the mailbag near the Hatburn farm, where it is found by Luke. David goes to the Hatburn farm to demand the mailbag. He is refused and gets into an argument with the cousins, during which he is shot in the arm. David then shoots Iscah and the younger son and later, after a prolonged fight with the older brother (meant to recall the story of David and Goliath), emerges victorious. Esther flees for help and makes it to the village, telling that David has been killed. As a crowd prepares to go look for David, he, although injured, arrives in the hack with the bag of mail. It is clear to all that David, no longer merely "tol'able," is a real man and a hero.