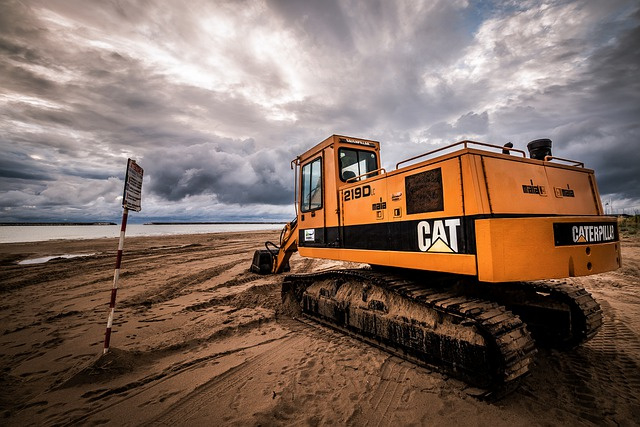 Euclid TS-24s were a major influence in shaping New Zealand, responsible for opening up many areas of the country. By Richard Campbell

The Euclid TS-24 was a development of the Euclid TS-18, which was Euclid’s first two-axle, twin powered motor scraper (This TS-18 by the way should not to be confused with the later Terex TS-18).

First introduced in 1957, the TS-24 was in continuous production in various versions right up until the late 1990s, by which stage it was known as the Terex TS-24B Loadrunner, and bore little resemblance to its forebears, other than in its cubic capacity.

In this article we will focus solely on the machines manufactured prior to the Terex name change – that is the pre-1968 models.

Hydraulically actuated Allison three-speed powershift transmissions were used in both ends – a model CLT5360 in the front and a type TG604 in the rear.

For quite a large machine the TS-24 was capable of a fair turn of speed reaching almost 30 miles an hour (50kph).

Exceptionally well constructed, the Euclid TS-24 used a bowl very similar to the company’s model S-18 single-engined scraper, but with a redesigned rear frame that was longer and incorporated engine and transmission mountings.

The familiar Euclid single-acting ram and lever arrangement was used for bowl and apron operation, while a three-stage single acting cylinder took care of the ejector.

Euclid was a pioneer (excuse the non-intentional pun) in planetary final drives, and these were used on both drive axles. Euclid planetary drives were rugged and very reliable. In fact the whole machine was simple and easy to maintain.

The operator was reasonably well catered for, with a full set of instruments, a comfortable pedestal mounted seat and, I must say, a very convenient place to drape one’s right arm when travelling, in the form of the bowl control levers! A factory designed cab and heater could be fitted if required.

As development progressed, the tractor unit’s GM 6-110 engine was replaced by another General Motors product, the 390 horsepower Vee 12-cylinder supercharged 12V-71. It also received another transmission, this time a four-speed Allison CLT5840. This increased the machines productivity and also raised the top speed slightly to approx 32 miles an hour.

Over the course of production, the TS-24’s external appearance also changed. In the early 60s the tractor units panelwork was simplified and the familiar ‘bug eye’ headlights were removed and replaced by more angular lines removing a little of the machines character (but none of its menace). The bowl was also redesigned to incorporate a ‘power down’ apron replacing the cable/gravity type of the original model. Further options were added including an air suspension seat for the operator.

Euclid TS-24s were a major influence on the New Zealand contracting scene when introduced, and were responsible for really opening up many areas of the country, both in terms of roads, hydroelectric schemes, opencast mining and housing.

Importer Clyde Engineering sold the first unit to W.R. McKegg of Auckland and this machine was put to work on the Meremere causeway project, which linked the coal-fired power station at Meremere and the opencast mine at Kopuku.

Further units soon followed and the list of TS-24 owners reads like a who’s who of contractors of the period: Feast & McJorrow, Evans Road Construction, Seton Contracting, L.D. Collis, Downer & Co, Taylor & Culley and Ray Withers, to name but a few.

Because of the simple nature of its design and construction, the TS-24 could be rebuilt economically many times over, which is why some of the machines are still operational almost 50 years after they first arrived in New Zealand.